At the J/24 North American Championship of 2019, Will Welles’ Bruschetta endured a charging Bangor Packet of Tony Parker to return his trophy to the Newport, RI. 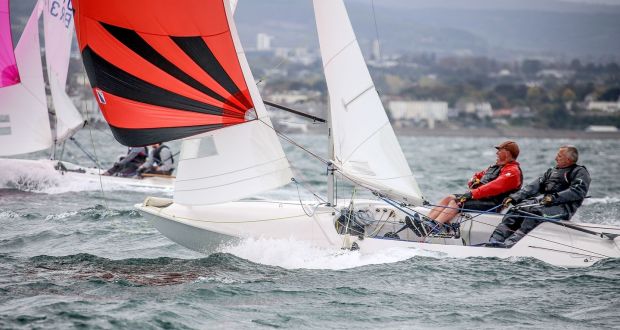 Welles is a two time champion of J/24 World four-time champion of J/24 North American. Today, Welles came into final two races raced with a minor gap. He slight two-point over the Parker. Along with the owners of boat Aroldo de Rienzo aboard also Rich Bowen, PJ Schaffer, John McCabe and Bruschetta witness victory in Race 9, however, Parker is still hot on their heels being at the second position.

The pair had a good fight in the race during the final contest, Welles was at the ninth position and Parker at the 10th. This awarded Welles and its team the Championship with 24 points, while Parker with 28 points. The third overall place was achieved by Kenneth Porter’s S, he is the Mexican finisher with a total of 32 points. The winners of today’s race were Porter and Welles.

This is the first time Welles sailed in Valle de Bravo this week. This is when he too participated in the Mexican National Championship.

When Welles was about his experience of race, he summarized the same saying,” Valle de Bravo was very strange and it was really funky out there. Puffs were not moving quickly, thus, we had to try hard to get to them.” Talking about the strategy they used to win final two races, Welles replied, “During the race, we kept our focus on getting a good beginning, therefore, we could do those things that we thought we should, that is to just keep Bangor Packet far behind us.”